Thanks for submitting, your enquiry was successful.

Dear Guests, If the service you prefer is unavailable please send your name, mobile number along with preferred date and number of guests to reservations@lakehouse.com.au We do operate a waitlist for busy services as last-minute cancelations do occur. We look forward to welcoming you to Lake House and thank you for your support. The Lake House Team

Additional availability has opened up at our new Dairy Flat Lodge and Farm located just 10 minutes from Lake House. Two-night stays for 2-4 guests throughout July are currently available to book online.

"An Australian icon where the beautiful rhythm of life
is emphasised and honoured."
-Luxury Travel Magazine

"What matters here is space, fresh air and sunlight,
elements in abundance that encourage vitality and health
in ways that many could only dream."
-B Magazine Singapore

The beauty of the region attracts many creative types - painters, glass-blowers, sculptors, actors, musicians... At Lake House we are proud to represent some of the best local artwork from the region. 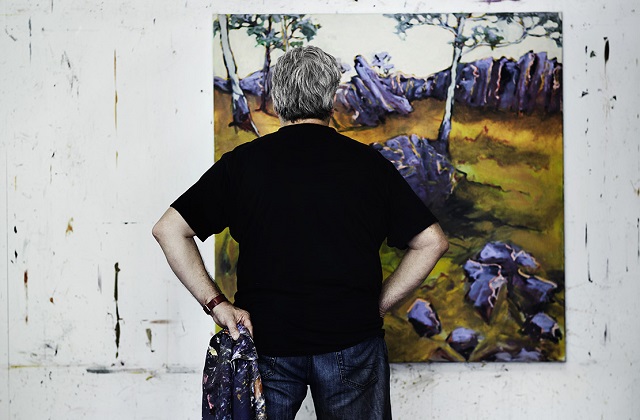 Allan Wolf-Tasker has spent a lifetime studying the Australian landscape. From aerial perspectives along the Great Ocean Road to a drought ridden Victorian countryside; he has always managed to find an optimistic view of Australia’s diverse terrain.

In this most recent exhibition; Allan leaves his studio in Daylesford for the vastly different Far North of Australia, an area he has visited with his wife Alla since the 1970s but never before captured on his canvas. The opportunity to “fully exploit the colour palette” proved too tempting…

Selected works from “Far North” can be viewed at Lake House.

Allan Wolf-Tasker, Lake House proprietor and resident Artist. Allan's work is represented in public and private collections world wide. His studio is on-site for guests to view and a selection of his works are on display throughout the guestrooms and public areas.

Artist from the region

“I have developed a preference for sculpting animals. Their natural grace and athleticism make them an easy subject for me. Rather than just producing a study of nature, I seek to accentuate in a sculpture an animal’s strength or charm, often choosing to elongate limbs or exaggerate the body volume, for the purpose of making a work of art, of beauty, that will be valued for life.” 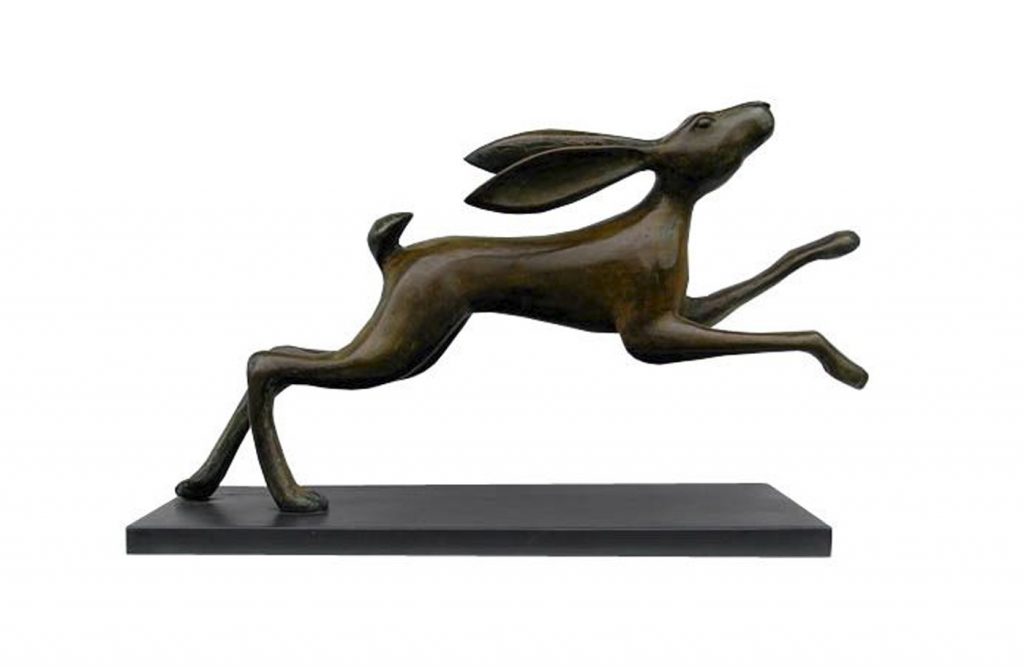 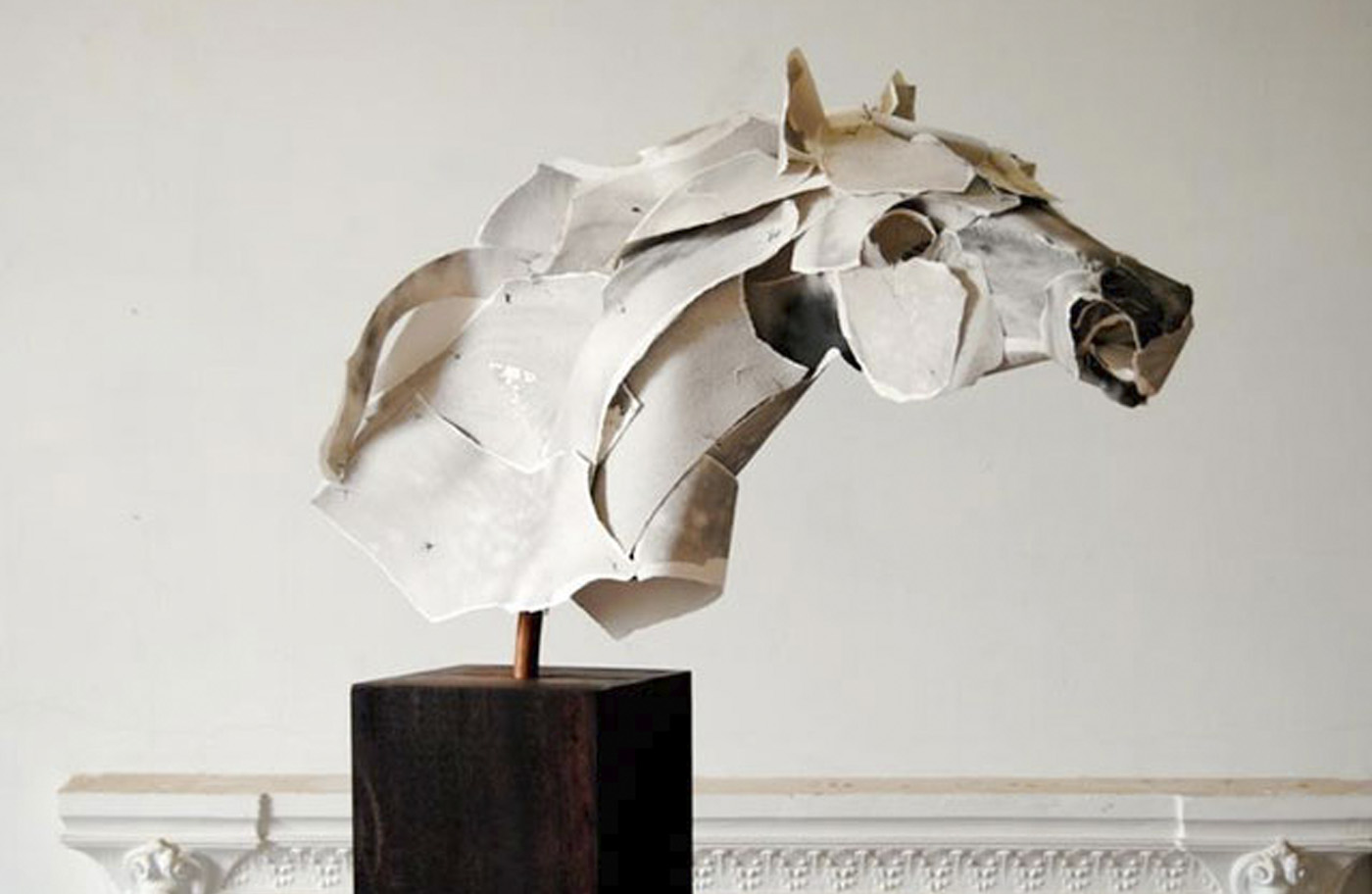 Anna-Wili’s sculptures are stitched together from archival cotton rag. Her works explore the organic qualities and resistance of paper, generating a tension between the complex realism of form and the limitations and economy of the materials used. They represent animal life in an immediate way that conveys the energy, movement and physical character of different creatures. Her aim is to engineer a moment of contact with nature in a way that emphasises both the startling differences and similarities of human and animal forms and consciousness. ‘The Wolf’ is on display in The Waterfront Pavilion.

David Bromley arrived in Australia from England at the age of four in 1964. His works, typically capturing childhood innocence lost and found, and more recently exploring the female form, can themselves be found in major private and corporate collections in Hong Kong, Japan, South Africa, USA, Europe, and Australia. His work is exhibited regularly throughout Australia, Europe, UK, South Africa, America & Asia and he has in the last ten years had over thirty solo exhibitions. He has twice been named recently by Australian Art Collector magazine as one of Australia’s 50 most collectible artists. On display in the Salus Day Spa.

Lawrence trained in dance, art and education and has participated in over twenty shows at various galleries. His figurative sculptures displayed at Lake House are suitable for both the garden and inside spaces and vary from 1/6 to life size. The personality of the model has much to do with the manner in which these pieces quietly hold their space. All works are made in classic bronze – nine sculptures per edition only and are on display throughout the garden.

Glenn’s working life has included university lecturer, A.B.C. television scriptwriter and children’s author. Throughout all of these activities he has maintained his passion for the allure of kiln-formed glass. Recently he has worked full time exploring the possibilities of glass- forming; making major contributions to the studio glass industry. In addition to commissions for water-features, architectural glass walls, lighting and bowls, he has major stained glass works in Australian cathedrals and churches in every state of Australia.

Miriam is a sculptor working with wood to create furniture and a variety of individual projects for a range of public and private clients. For the past 15 years Miriam has drawn inspiration from some of our favorite local personalities- cockatoos, magpies and possums. Miriam’s work is scattered throughout the country gardens at Lake House. Her studio is a short stroll from the property and she welcomes visitors by appointment.

Don Wreford is one of Australia’s leading glass artists. Lake House displays a variety of his pieces in private rooms. He was most recently commissioned to produce a gift for the Danish community to present to Crown Prince Frederik and Crown Princess Mary.